Apple has a thing with changes and developments in its system. When it comes to adding cool new features, introducing a new camera, or innovating in the world of emojis, Apple has always been one step ahead of the game of the rest of the brands in this market. And this fact has subsequently led Apple to achieve a major chunk of market share as a result. With the advancement of technology, Apple has brought many new features to its system which has as of now been pretty much appreciated with IOS users.

Just when all the telecommunication companies around the world have been stepping up their game and bringing forward best off their capabilities, Apple could not miss the chance to highlight itself among the others. The telecommunication giant has brought a new batch of emojis to bring more traction and variety to the show.

On the World Emoji Day, Apple introduced a new row of emojis which are all fun to use and entertaining to incorporate into your daily messages with friends and family. World Emoji Day was established by Jeremy Burge of Unicode which was initiated with the aim to celebrate all things emoji in the world. Apple saw this as a good chance to gain attraction and simultaneously bring a new update to its phone, though it is relatively a pretty much minute update. This is a very good motive and an excellent way to celebrate the national day for the emojis of all the phones, by seeing and welcoming some of the new emoji characters coming onboard to your Apple device.

Earlier before the concept of a world emoji day, no such substantial amount of emojis was created and their celebration was non-existent. But just a short time back, the introduction of world emoji day has given all the emoji lovers and the emoji fanatics (whose messages are practically full of emojis more than texts) to celebrate. It was at the start of this year that Emoji consortium Unicode revealed and confirmed that the redheads are getting their own personalized emoji and it has been now finally made available to be seen by the public in their iPhones, iPads, their iWatch, and their Mac book.

Another group of emojis that have joined the new batch include emoji faces with grey hair, curly hair, and some faces are even bald. According to Apple, this new emojis have the power to represent people better. It will not be wrong to mention that Apple wanted to make its emoji chart more relevant to people and hence added new emojis so that there is at least one emoji for all with which he or she can relate himself/herself to. 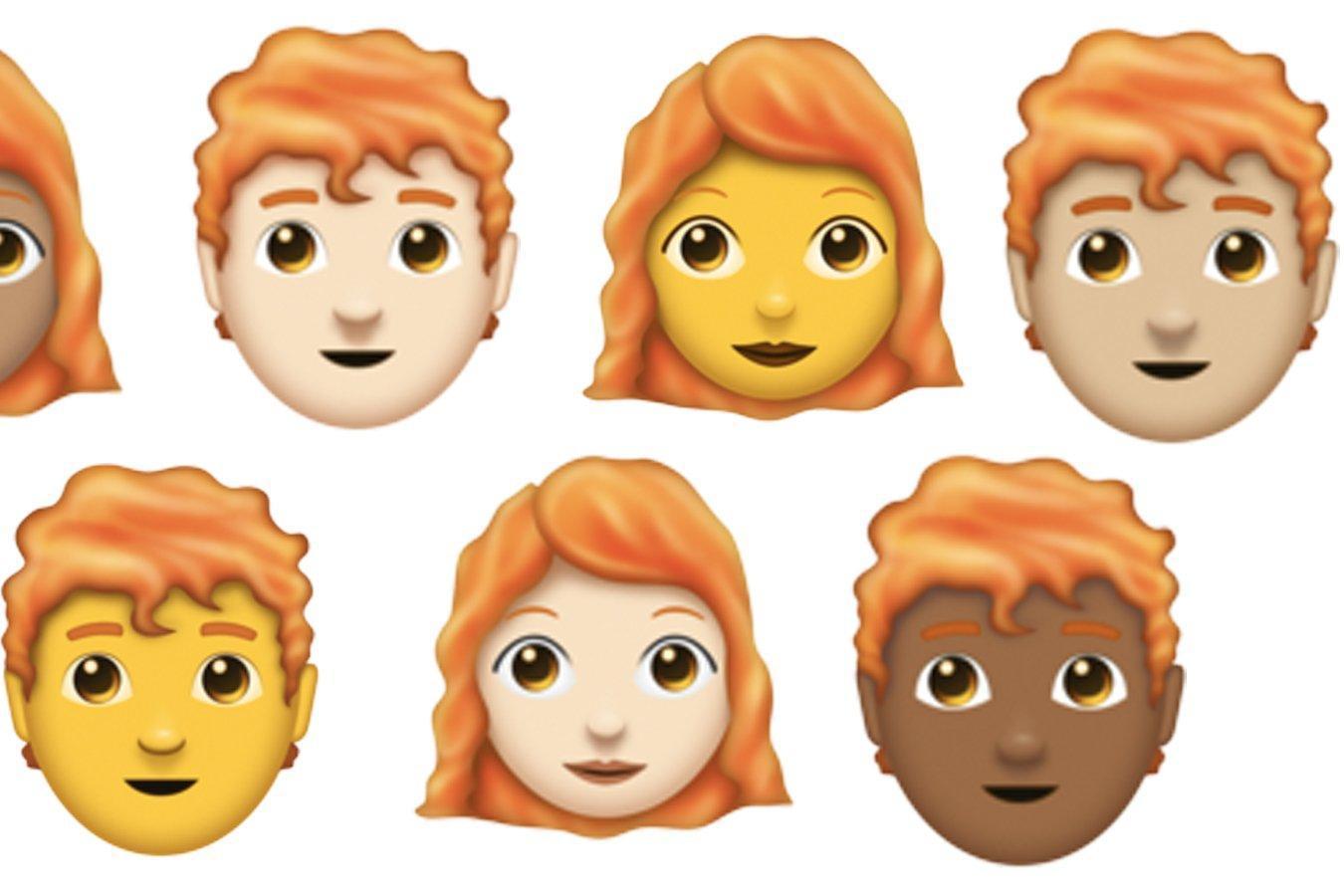 A batch of about 157 new emojis has been introduced which includes a ginger head guy and a girl as well. With about 70 new and fresh emojis arriving on Apple devices with the ios 12 updates expected later this year, there are going to be so many new characters to choose from.
The main idea behind bringing this pool of emojis and making them available for all the ios users is that these emojis make networking easier and more fun by adding life to the conversations between the two parties.
So, it’s not just hair options receiving an upgrade. There are new smiley faces to decorate your messages with such as a party face, pleading face and a cold face.

Also, there are some perfectly planned new creatures including a kangaroo, peacock, parrot, and lobster. With lobster print one of the hot new summer patterns, hope to see your Instagram feed loaded with little lobster emoticons.

Furthermore, how might we overlook the new food emoticons? At last, the cupcake is getting its own particular emoticon, leaving the cut of cake grieving afterward. 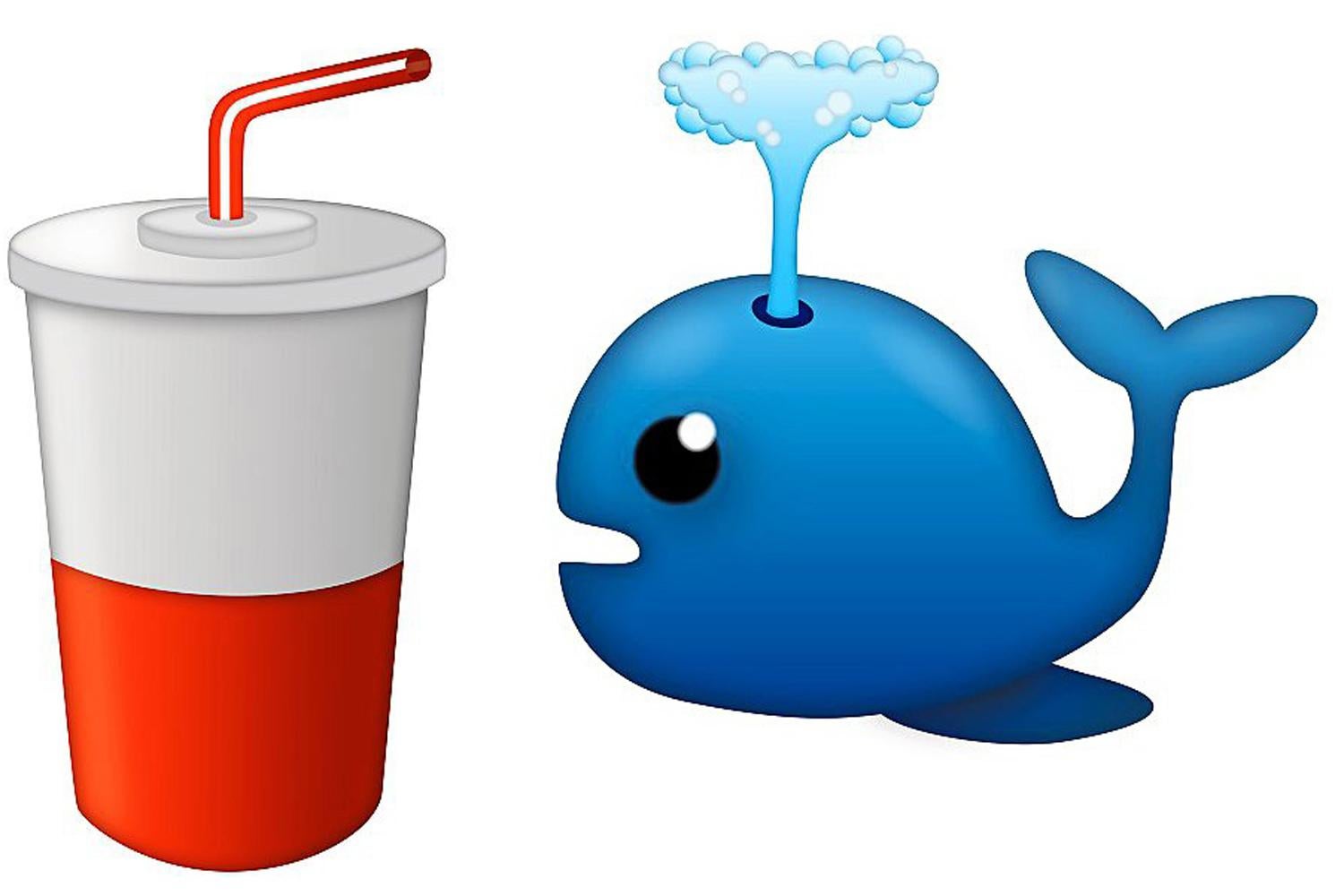 This juice and whale emojis have our hearts. They are very cute and vibrant and striking.

Your favorite fruit mango, our salad main lettuce and a mooncake have also been made into emojis.

So much discussion of new emoticons influences us to think about the scores of current emoticons that are grieving unused. Agreeing to Emojitracker, the slightest utilized emoticon on Twitter is the flying tramway, poor thing.

Truth be told, the airborne tramway is unused to the point, that it is the element of an interesting Twitter bot account named @leastUsedEmoji.

The bot refreshes the Twitter account each day to flag the slightest utilized emoticon, and it is dependably the elevated tramway. People concerned for the aerial tramway feels that the world emoji day should have been celebrated with giving their aerial tramway the recognition and attention it deserves. However, we believe that these emojis are brilliant and more such relevant and fun emojis should be brought in the light soon.

A student working to achieve the aim to make a name in the world of digital marketing.

View all of Faiza Ahsan's posts.
We use cookies on our website to give you the most relevant experience by remembering your preferences and repeat visits. By clicking “Accept”, you consent to the use of ALL the cookies.
Cookie settingsACCEPT
Manage consent

This website uses cookies to improve your experience while you navigate through the website. Out of these, the cookies that are categorized as necessary are stored on your browser as they are essential for the working of basic functionalities of the website. We also use third-party cookies that help us analyze and understand how you use this website. These cookies will be stored in your browser only with your consent. You also have the option to opt-out of these cookies. But opting out of some of these cookies may affect your browsing experience.
Necessary Always Enabled

Performance cookies are used to understand and analyze the key performance indexes of the website which helps in delivering a better user experience for the visitors.

Analytical cookies are used to understand how visitors interact with the website. These cookies help provide information on metrics the number of visitors, bounce rate, traffic source, etc.

Advertisement cookies are used to provide visitors with relevant ads and marketing campaigns. These cookies track visitors across websites and collect information to provide customized ads.

Other uncategorized cookies are those that are being analyzed and have not been classified into a category as yet.